MapServer, OpenLayers and the WFS Maze 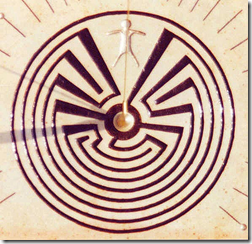 First a little background on what I was trying to achieve. I am developing a GIS that has both a web and desktop component. It’s built using SQL Server 2008, MapServer, OpenLayers, and using MapInfo and QGIS for desktop connections.

On the web system I have an OpenLayers map, with an OpenStreetMap background layer. As with nearly all the online tiling services, these are projected in EPSG:900913 (the Web Mercator / Google projection).

I wanted to display a road network on top of these as a WFS (Web Feature Service). The source data is defined in the Irish National Grid projection (EPSG:29902).

At the same time I also wanted people to be able to connect to the WFS via a desktop GIS client using the Irish National Grid projection.

The Rules for Handling SRS in MapServer WFS are not the easiest to work with. The first paragraph of the rules imply that multiple projections are not available for a single WFS layer available through MapServer:

Contrary to WMS, the OGC WFS specification doesn’t allow a layer (feature type) to be advertised in more than one SRS. Also, there is no default SRS that applies to all layers by default in the OGC WFS spec. However, it is possible to have every layer in a WFS server advertised in a different SRS.

However there is now support for multiple SRSs - added in version 6.0 of MapServer as outlined in this ticket. You can check how a WFS layer is “advertised” to a client using a URL similar to the following:

Each of the layers should have some XML which lists the DefaultSRS, and if you have set it up one or more OtherSRS tags:

To get to this point however is not the simplest of journeys..

How to Set Up Multiple SRSs in MapServer

The SRS rules explain how MapServer advertises the available projections for each of your WFS layers:

I recommend you read the further explanations in the official documentation, as there are a lot of other rules on how priorities and conflicts between different configuration settings work. From the documentation:

Confusing? As a rule of thumb, simply set the wfs_srs at the map level (in web metadata) and never set the wfs_srs metadata at the layer level and things will work fine for most cases.

However this only applies if you don’t want to use multiple projections. This cut-down example of a map file may help to illustrate what these rules actually look like in code:

A few additional notes from spending a number of hours struggling with these:

Once you’ve got you DefaultSRS and OtherSRSs set up correctly in MapServer and checked them with the GetCapabilities request, you can to try to connect to them with a real WFS client. The MapInfo desktop WFS involved entering the server name, and selecting layers from a list. The OpenLayers connection was more difficult.

To add a WFS to OpenLayers, you create a vector layer with the WFS protocol. Make sure the WFS version is set to 1.1.0. Why? If you use WFS 1.0.0 the srsName is not supported, so you can’t use OpenLayers to decide in which projection you want your features returned.

If you set the srsName in the WFS protocol your WFS requests will include now include the srsName (it can also pick this up from the map, but I find it easier to be explicit about projections). If you check your requests in FireBug or Fiddler you can see the XML that is posted to MapServer when you switch on a vector layer:

A full OpenLayers request looks similar to this:

However there is one more piece of the puzzle left - as adding the srsName value to the WFS protocol has very little effect! Features will be correctly selected, but they will be returned in the DefaultSRS, in this example EPSG:29902, so they will never appear in OpenLayers. Whether this is an issue with MapServer or the WFS specification I’m not sure.

What you need to do is to pass the srsName to the URL of your WFS server. E.g.

The POST request remains the same, but setting the SRS in the URL forces MapServer to reproject the features. The WFS protocol should therefore look something like this:

If you enter a SRS which is not listed for your WFS layer you’ll get the following message:

If all has gone well you’ll have a MAP file containing WFS layers that can be requested by clients in a variety of projections - very useful when some people are connecting through a web system based on Web Mercator, and others through a desktop using other datasets projected to national grids.

Hi,
I m also in a process of migrating my application to mssql2008 by

moving all shape files to database. | Got stuck with the same error while using the GetfeatureInfo. Please let me know if you found a workaround.

Very happy to see your post as I was checking if there was something wrong with my code.

@Afroz Kannancheri
Thanks for chasing that up. I’ll be testing with the WMS again soon.

Meanwhile I implemented my own spatial query handler using .NET and stored procedures.