Using ArcObjects and .NET in Python 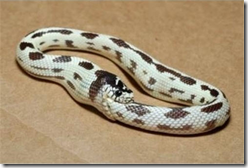 This question was posed on the GIS Stack Exchange, and the replies include a number of interesting approaches. Below is another one.

Why not just use .NET?

I have several years worth of DLLs built using VB.NET and ArcObjects. Recently I’ve been using more and more open-source libraries, the majority of which can be manipulated using Python.

A major advantage of using a interpreted language (rather than one that needs to compile) like Python is that you can easily change paths and variables in a script.

You can deliver a folder of .NET ArcObjects DLLs, a sample Python script and an end user can automate their workflow themselves. This negates the requirement to build a UI on top of your code as a (Python familiar) user can script it themselves.

DLLs still have their place as ArcObjects includes many functions not available in the ESRI Python libraries. It is also easier to write and test ArcObjects code in Visual Studio with all the advantages of error checking and auto-completion.

is based around the .NET framework, however as it is separate from standard Python many third-party libraries are incompatible.

This may no longer be true thanks to the `CPython extensions <http://www.voidspace.org.uk/ironpython/cpython_extensions.shtml>`__ to IronPython, which embeds a CPython interpreter into IronPython ?” it sounds crazy but apparently works.

The sample script below shows how to add references to your own DLLs and to the ESRI ArcObject DLLs, open ArcMap, and create classes.

As this approach is not ArcObjects specific you can use classes in any of your other .NET DLLs, and even classes in .NET .exes.

I can now script all the classes in my .NET DLLs through Python ?” instantly removing the need for hastily put together user interfaces, and fully automating previously manual tasks. It also allows easy passing of data between the ESRI and open source stacks. I’ve only scripted a few processes so far, but I’ve had no issues yet, and at the moment it feels like one of the rare programming occasions where getting things to work together was actually easier than expected.

A new Gephi plugin has just been released: GeoLayout. It allows to use latitude/longitude coordinates to set nodes’ position.

You can download it from this page (http://gephi.org/plugins/geolayout/) or install directly from Gephi (Go To Tools > Plugins).

The author is looking for feedbacks, don’t hesitate to come to the forum!

You are so awesome for helping me solve this myretsy.